The rumors are true.... I'm making a new virtual pet! Last time around, I made S. Pet, a retro v. pet inspired by Tamagotchi, Digimon, and the v. pets of my childhood. Someday I'd love to make a pet that's a physical, pocket-sized toy, but S. Pet was native to Android, and my new pet, called G. Pet, is in development for Mac, Windows, and Linux.

G. Pet, like its predecessor, is inspired by old toys and rendered in a retro video game style. G. Pet uses a PSX-style pipeline and features 3D graphics and even physics. Watch your pet walk around the stage, drop in a boombox with five original tracks, plus push it all around with Unity physics (you can push your pet's poop, too). Another big distinction for G. Pet is that each pet will be sold as an individual adoption. Everybody will have a pet unique to them (DRM-free, of course). For now, G. Pet is in free alpha, and everybody can get a behind-the-scenes peek via George the giraffe/tortoise thing. 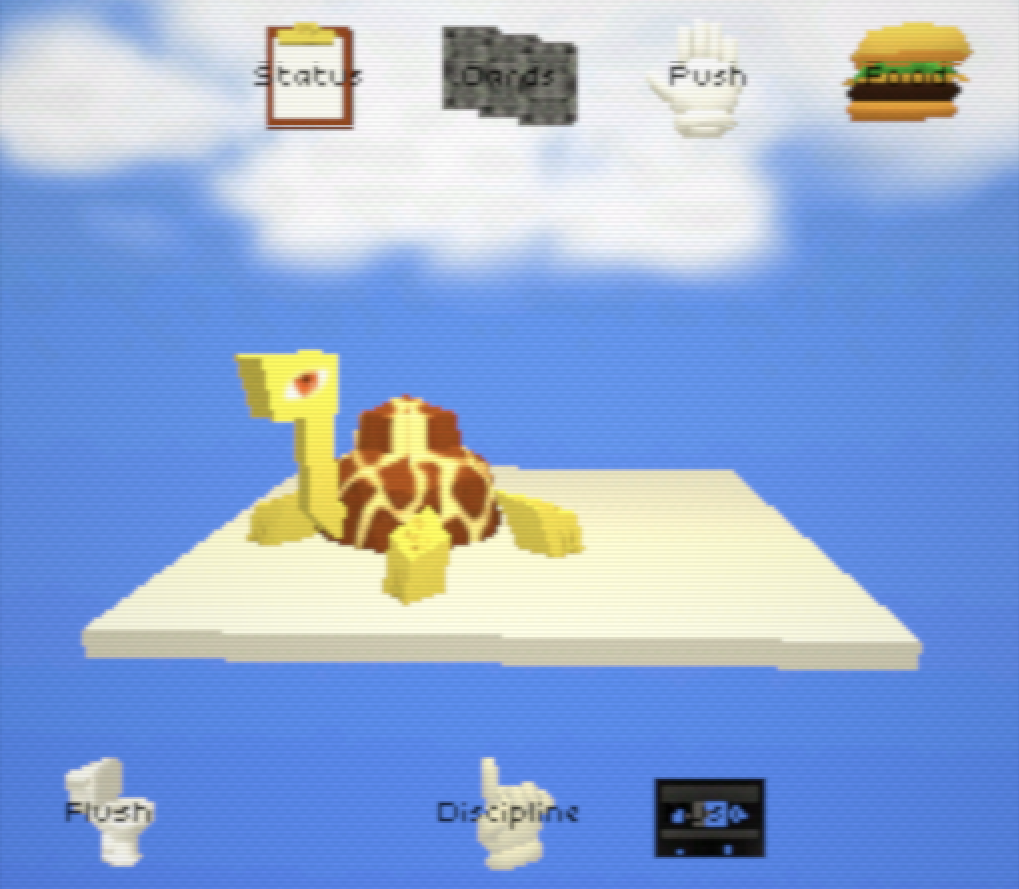 I've already pushed a few rounds of updates on itch.io. You can read more about the early development on the devlog over there. Now I'm starting a new series for G. Pet stuff here on Dev; it might turn into reposts of the devlog at itch.io, or it might be more like digests or ruminations on the process. Not sure yet! Thanks for tuning in though, and don't forget to download the G. Pet alpha here.